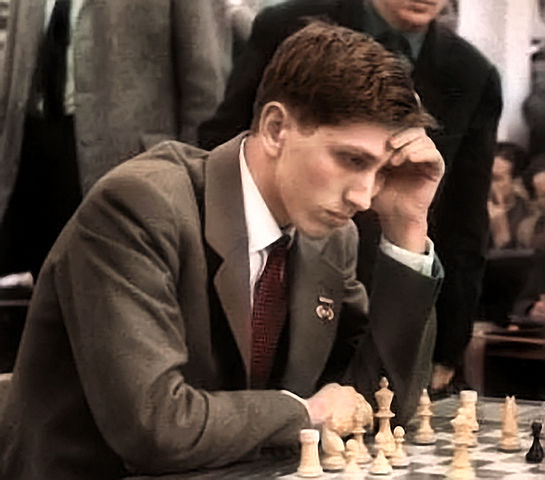 Robert James “Bobby” Fischer (1943 – 2008) was an American chess player, also famous for his eccentrics later in life. When he was only 13 years old, he managed to beat Donald Byrne, who was one of the best players in the country at that time.

The game is now known as “The Game of the Century”. Fischer went on to become World Champion for 3 years straight starting in 1972. In 1975, he disagreed with some rules and did not compete. He then disappeared out of the public eye until he returned to chess by playing against his old nemesis Boris Spassky in 1992. He won. From then on, things went downhill. Many of his colleagues thought he suffered from a full blown psychosis. His Anti-American and Anti-Jewish stance led him to live out the rest of his days in Iceland.