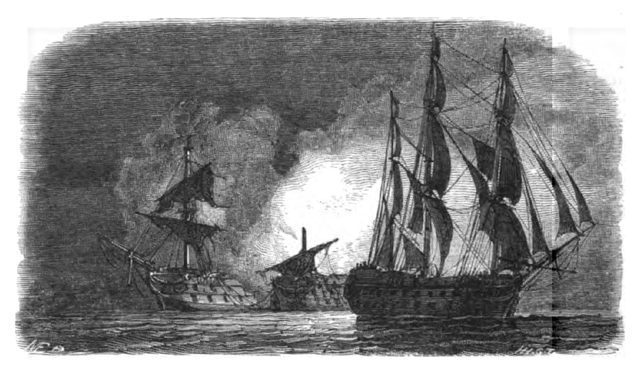 During July 1801, the British and Portuguese navy fought the Spanish and French navy. At night, In an almost comical incident the HMS Superb, a fast British ship, cut between the Real Carlos and San Hermenegildo and fired at both ships.The Real Carlos then opened fire on the San Hermenegildo and eventually both ships were destroyed and 1,700 men were killed by their own navy. In the mean time, the HMS Superb got away and kept fighting.