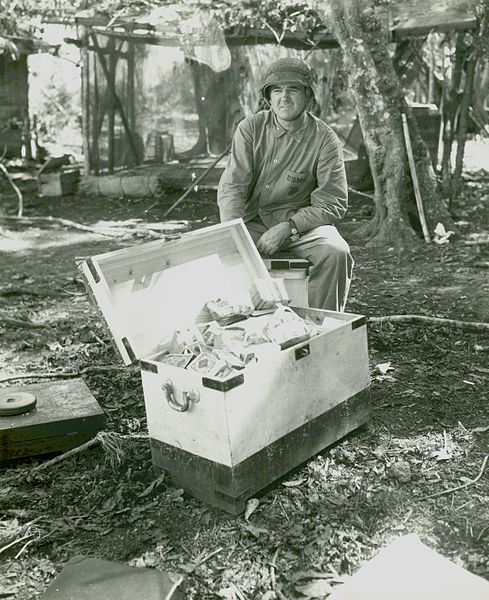 In 1942 the Second World War was in full swing and Japanese forces had control over a vast area in the Pacific. Guadalcanal would become the scene of one of the most important battles of the entire war. On August 7, American Marines landed on the island in the South-Eastern pacific and at first had it very easy, because the only Japanese they encountered were labourers, not combat-hardened soldiers. There was even word of Japanese soldiers who were willing to surrender. 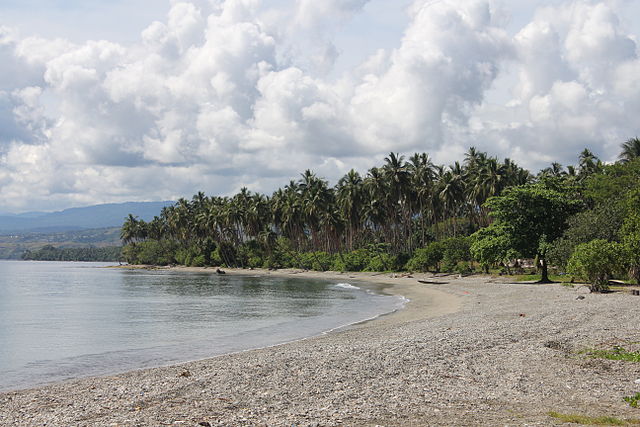 Beach of Gualdalcanal: Image by Yvonne Green/DFAT [CC BY 2.0 (http://creativecommons.org/licenses/by/2.0)], via Wikimedia Commons

Lieutenant Colonel Frank Goettge ordered 25 men to go with him and investigate this further. Once the patrol entered the jungle, it quickly became clear that this was a false rumour. Goettge himself was quickly killed by enemy fire. The rest of the patrol was eventually pinned down with the ocean in their backs. They were sitting ducks.
After many hours of grueling firefights, Platoon Sergeant Frank Few and three other Marines were the only ones left. They decided to run for the jungle, but 3 were immediately cut down by enemy fire. Frank Few was the only survivor and he went the only way he could go: back to the water. By swimming in zigzag lanes and diving as far and as often as he could, he somehow managed to escape the Japanese onslaught. He had to swim 4 miles to reach friendly troops, but due to his peak physical conditioning some how made it to safety. 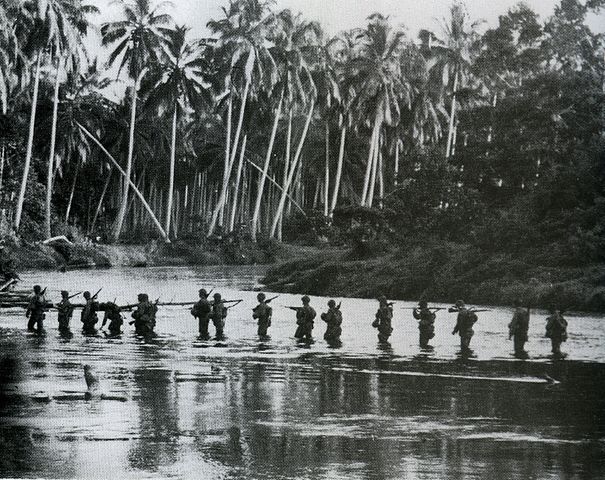