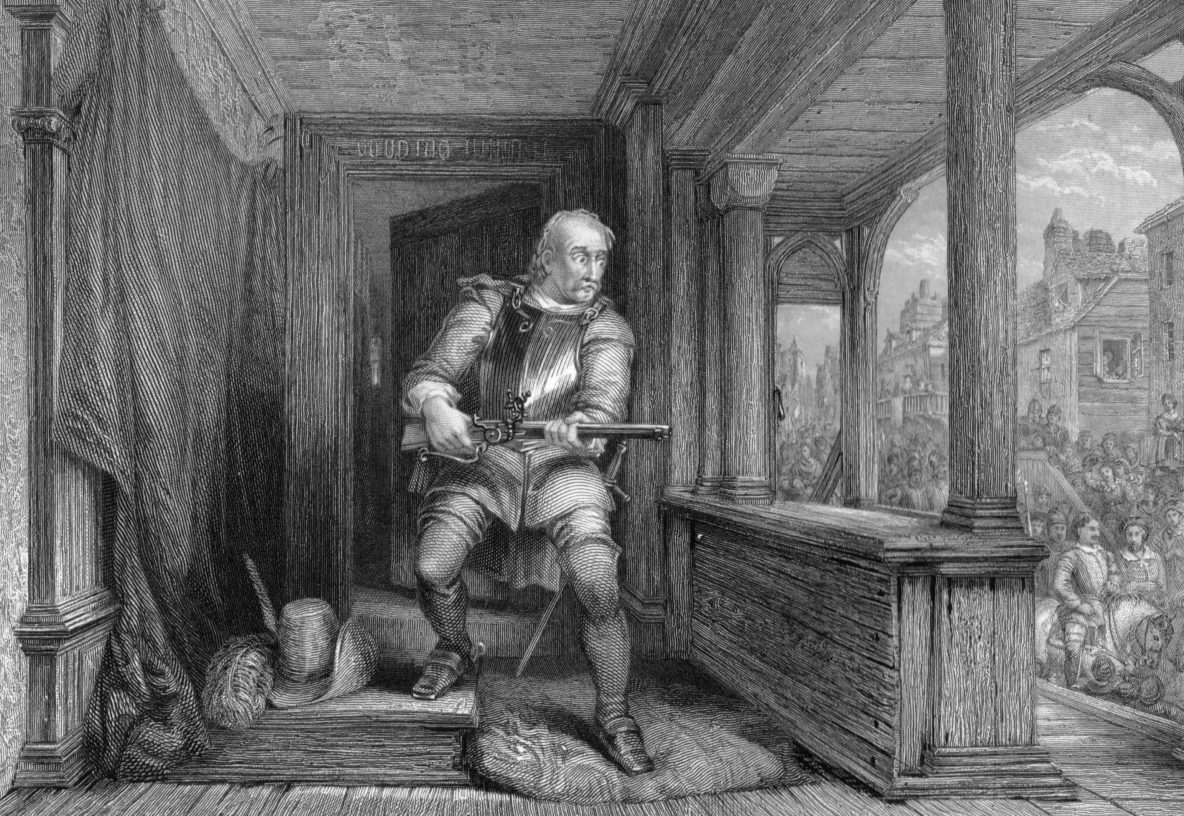 James Stewart, 1st Earl of Moray (1531– 1570) was regent of Scotland. In 1570 he was in the Scottish city of Linlithgow, when a man -who hated Stewart with passion, decided to make use of brand new technology: the firearm.

The soon-to-be-shooter James Hamilton waited at a window above the streets with his huge carbine of 3 feet 5 inches (104 cm) length. Once Stewart rode by on his horse, he pulled the trigger and fatally wounded the Earl. It is the first known assassination via firearm. Hamilton escaped and eventually reached exile in France where he was asked to shoot a French admiral, but refused to do so because “he didn’t have a quarrel with the man”.