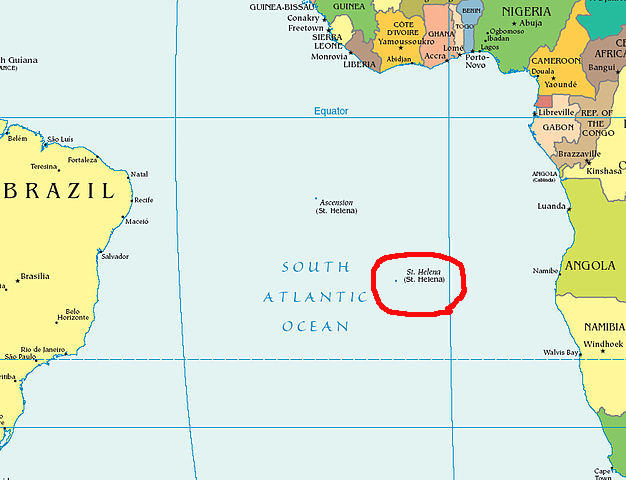 Napoleon (1769–1821) was one of the greatest military commanders and world leaders of all time. He had a very bitter end, though. After the English defeated the French, they exiled him to the tiny island of St. Helena, one of the most remote islands of the world. Napoleon had many servants and some friends there, but still died a broken man in 1821 at the end of the world.

By Iyobi at en.wikipedia [Public domain], from Wikimedia Commons