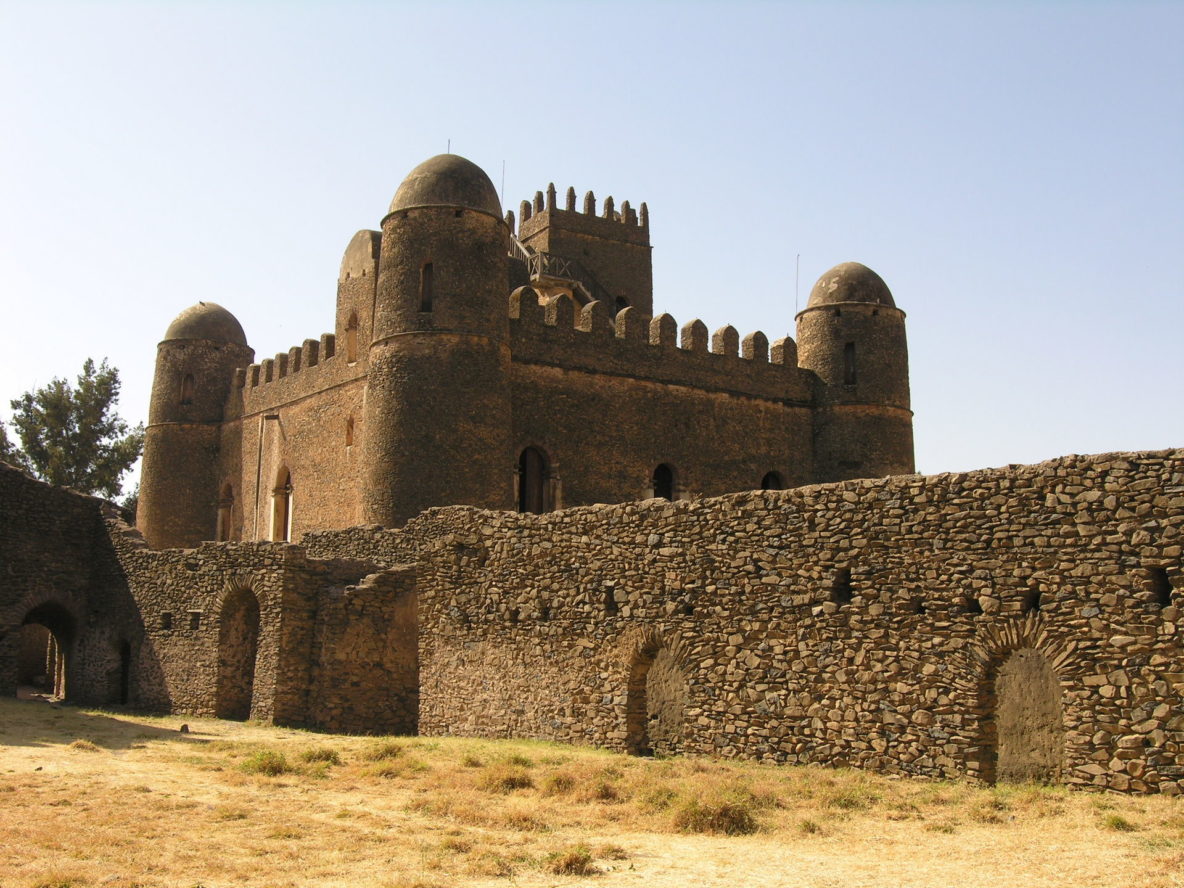 In the 1600s an Ethiopian emperor by the name of Fasilides (1603-1667) built a large castle and established its location (Gondar) as Ethiopias capital. The castle is known as Fasil Ghebbi and covers abour 70,000 square meters (17 acres).

Source (By Hgetnet (Own work) [CC0], via Wikimedia Commons)

Although it has a very unique architecture, it also resembles European castles of the same time period. Most likely that is no coincidence. During the rule of Fasilides, Ethiopia was a very powerful kingdom with contacts to Europe and India.