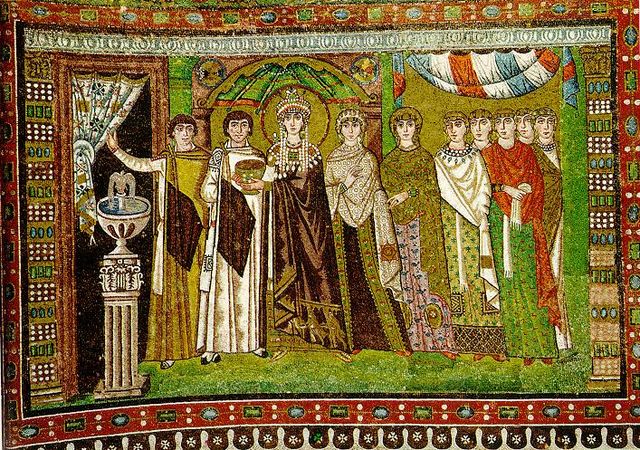 When Justinian I, nephew of the current Byzantine emperor, met Theodora she was an actress, prostitute, wool-spinner, and had just returned from a spiritual experience in the desert. The two were an unlikely match and Justinian had several laws changed to allow their marriage, which occurred in 525.

Two years later, the emperor died and Justinian rose to power, bringing Theodora with him. The empress was an adviser to the emperor and created legislation to protect the sex slaves and prostitutes of the empire and give women more rights in marriage. She proved her worth as an adviser during the Nika revolt, when despite the wishes of his other advisers, she convinced Justinian to stay and save the city.