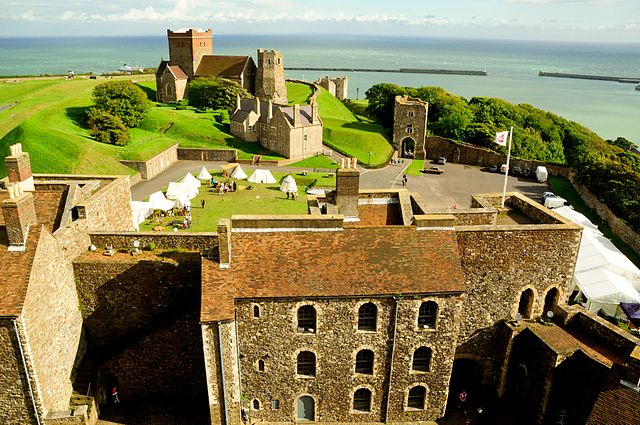 Dover Castle is a medieval castle in Southeastern England. The site has been fortified since Roman times, but the most interesting renovation took place during the Napoleonic wars around 1800.

The town of Dover was becoming a garrison town and clever engineers built a series of tunnels about 50ft/15m below the castle. The tunnels were home to around 2000 men. Much later in 1939 when WW2 broke out, the tunnels were converted into underground headquarters. The well-known evacuation from Dunkirk was orchestrated by Admiral Sir Bertram Ramsey from below Dover Castle. Today it is estimated that there are 3 miles of tunnels below Dover Castle, although many are too dangerous to access.