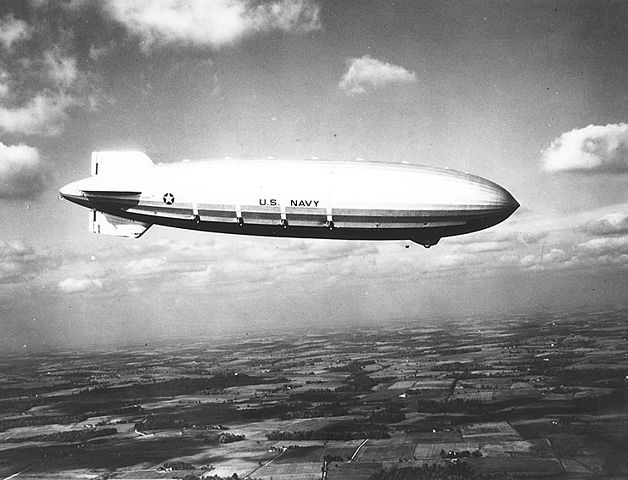 In the early 1930s, airships were one of the coolest ways to travel. Nevertheless, it was not meant to become a longlasting trend. Accidents showed the public that this type of travelling was not yet as safe as it should be.

The 1937 Hindenburg airship disaster with 35 fatalities is the best known accident of its kind, but there was another airship which had an even worse track record. The US-built USS Akron had a length of 785 ft (239.3 m) and height of 146 ft (44.7 m). It had its first official flight in 1931 and could accommodate over 70 people including the crew. On February 22, 1932 the Akron got caught in the wind and its tail hit the ground. No one was hurt. On May 11, 1932 the airship got out of control while landing. The many ground handlers were too inexperienced and lacked the mooring equipment to stabilize the Akron. It took off so quickly that 4 handlers who were holding on to a rope were catapulted into the air. Three of these airmen eventually let go and fell to their deaths. However, one guy had other plans. Apprentice Seaman C. M. “Bud” Cowart held on to the rope for a full hour and was eventually hoisted in by the airship’s crew. Cowart’s story is probably the most positive thing that came from the Akron. In 1933 it would crash again over New Jersey killing 73 of 76 people. It was the worst airship accident ever.