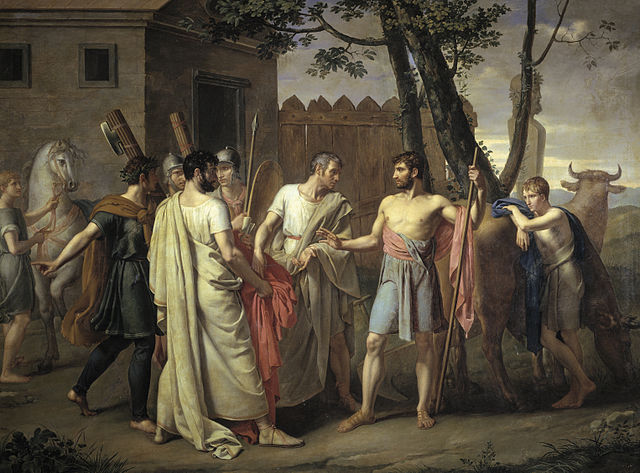 Lucius Quinctius Cincinnatus (519–430 BC) was a Roman aristocrat and extremely able leader who lost almost all of his possessions due to his son’s serious crimes. He became a poor peasant farmer.

One day however, Rome got into trouble during a war with the Aequi and the Sabines. The senate wanted to name a dictator who would clean up the mess. They named Cincinnatus, who then returned from his farm and crushed Rome’s enemies in 15 days. He then immediately retired from his duties, despite having absolute power over Rome. Furthermore, he even was given the dictatorship a second time during another crisis and then retired again after it had passed.