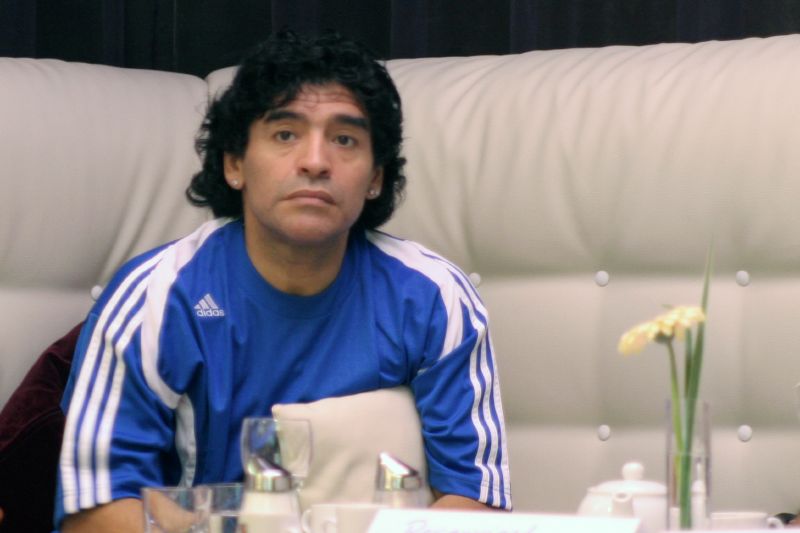 Diego Maradona (born 30 October 1960) is a retired football (soccer) player from Argentina. In his prime, he was one of the best footballers of all time and as such is still a celebrated figure, especially in his native country Argentina.However, a few fans took their admiration a step further and founded  the Iglesia Maradonia (Church of Maradona). Today, this semi-religious movement has over 120,000 followers and even it’s own commandments. One of the commandments is: Name your first born son Diego.