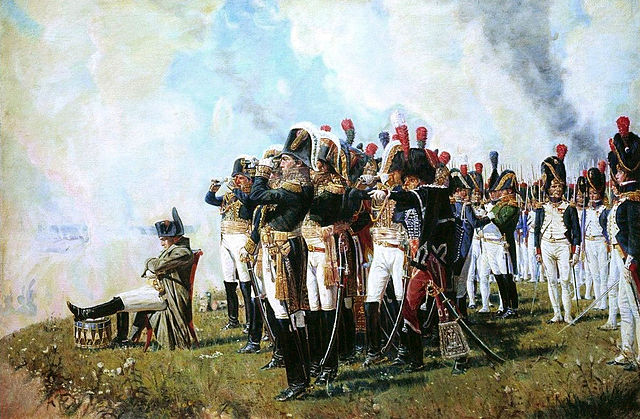 In 1812, the French Emperor Napoleon Bonaparte (1769-1821) was informed that the Russians might plan an attack. He then mobilized more than 450,000 men for his “Grande Armée” and marched towards Russia.

Once there, he noticed that the Russians cleverly avoided a decisive battle against this huge army. It didn’t take long and the French were plagued by loss of manpower due to Russian guerilla fighters and scorched earth tactics. Food was scarce. Outside of Moscow on Sept 7, 1812, Napoleon won the battle of Borodino, but still lost 30,000 men (the Russians lost 40,000). Afterwards, Napoleon eventually captured Moscow and thought it was over. It wasn’t. In fact, the Russians tried to burn Moscow down! Then slowly but surely, the deadly Russian winter set in. By the end of the year and a few more battles, Napoleon’s army was down to 40,000 freezing and starving men. He had failed completely and returned to France.