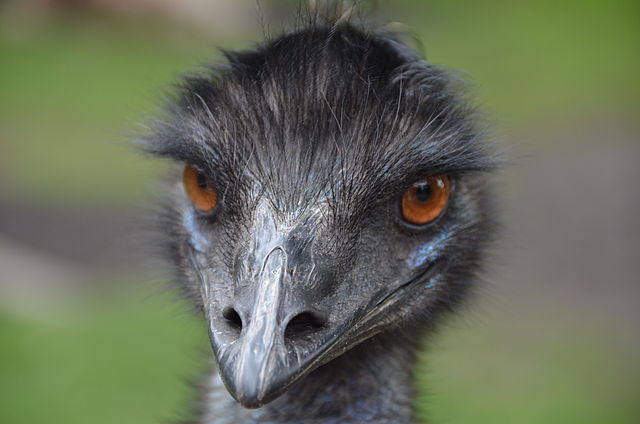 In 1932, farmers in Western Australia had a problem. An estimated 20,000 Emus were overrunning their wheat fields. The large flightless birds -often taller than 6ft/1.8meters- were a big nuisance for the farming community and so they asked the military to step in and kill them.

A few soldiers armed themselves with 2 machine guns and 10,000 rounds of ammunition and went off to hunt the birds. Unfortunately for them, the Emus were not easy target practice. The birds were too smart to stand in large crowds when the soldiers were nearby. Additonally since being capable of speeds up to 31 mph (50 km/h), they would simply outrun the soldiers. Eventually few months later the military gave up. They had only killed a few hundred Emus. This bizarre series of events would later be called the Emu War.