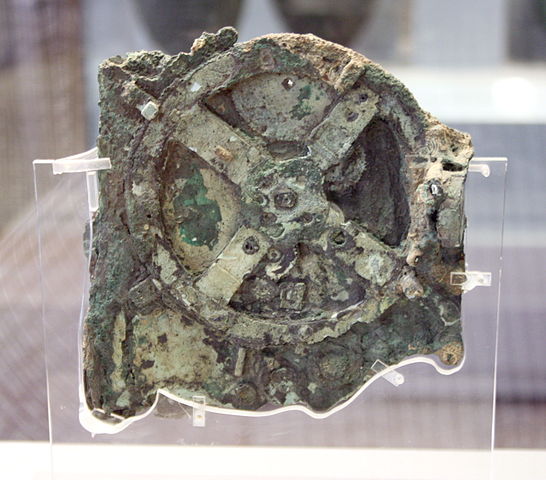 Imagine a device, which can accurately predict lunar phases, eclipses, the position of the sun and moon for decades to come. The Antikythera Mechanism was the World’s first known analog computer and predates all other known similiar mechanisms by approximately 1400 years. It has been estimated to have been built around 200 BCE and was only recovered 100 years ago in the Greek Sea. Only with modern technology were scientis able to figure out how complicated and advanced this thing is: It is made of at least 30 bronze gears and several dozen parts of intricate machinery. Impressive.

By Giovanni Dall’Orto. (Own work) [Attribution], via Wikimedia Commons