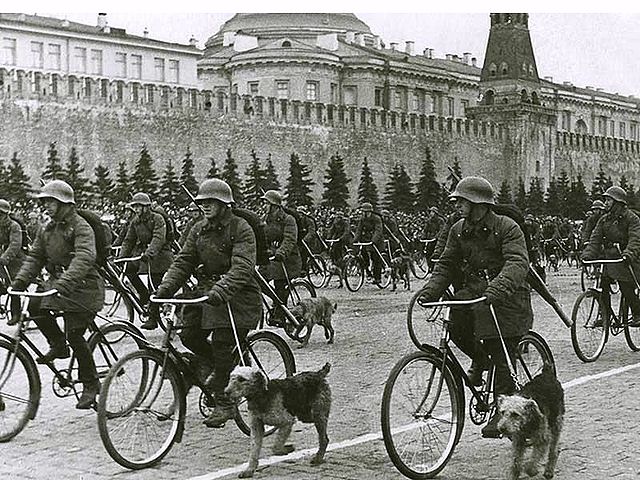 In one of the more bizarre episodes of World War 2, the Soviets trained dogs to go under German tanks with explosives strapped to their bodies. More than 40’000 dogs were used by the Soviet military and the plan was to use all of them to seriously impede the German advance.

However, history had other plans and eventually the program would be cancelled. During the first actual use of anti-tank dogs in 1941, many dogs refused to go under the German tanks. Also, some dogs returned to the Soviet tanks and killed their own soldiers, since they relied on their sense of smell to identify the targets. The Soviets had made the mistake of training their dogs with their diesel-engine tanks. The Germans however, used gasoline.