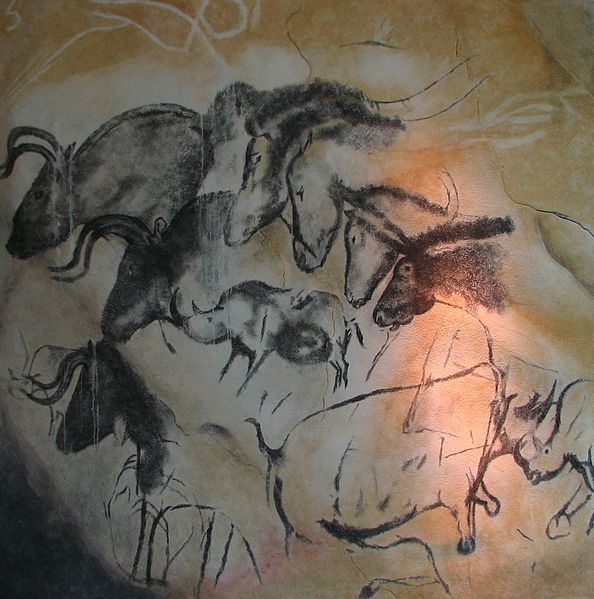 The Chauvet-Pont-d’Arc Cave in Southern France contains some of the earliest known art made by humans. Rediscovered only in 1994, the paintings show at least 13 different animals including cave lions, bears and panthers.

According to scientists, the artwork has been created in seperate periods some 35,000 and 30,000 years ago. The caves have been visited by humans many times after that period. There are clearly visible footsteps of a child and a canine which are presumed to be around 20,000 years old. That would them one of the oldest known human footprints.

By HTO (Own work (own photo)) [Public domain], via Wikimedia Commons