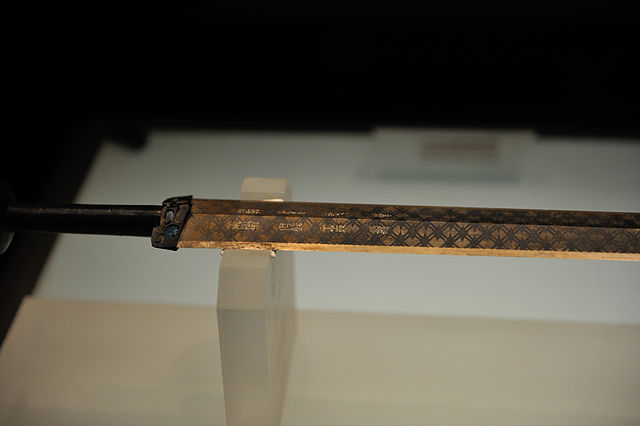 In 1965, a group of archeologists found over 2000 very old artifacts in Jiangling County, China. Among them was a Bronze sword that looked to be almost new. Much unlike any other artifact. One archeologist touched the blade and drew blood!
After it was examined with modern technologies, it became clear that the blacksmiths were incredibly talented.The blade is composed of several types of metal. The Sword of Goujian, as it became known, is so well made that it is resistent to rust. The swords original owner was most likely Goujian, a king who reigned 496–465 BC. This would  make this flawless sword over 2000 years old!