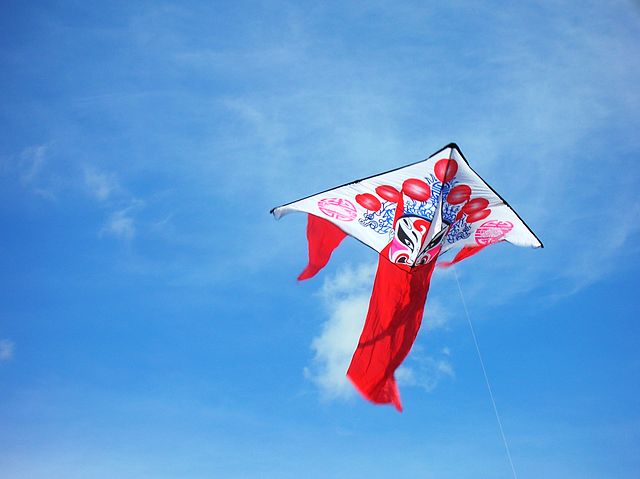 The first man known to have flown was a Chinese prisoner in the year 559. The Emperor Wenxuan of the Northern Qi had a man named Yuan Huangtou imprisoned.

Wenxuan then thought it would be a great idea to experiment. He ordered a few prisoners (including Yuan Huangtou) to be thrown of a tower while attached to supersized paper kites in the form of owls. Only Huangtou survived, eventually landing outside the city walls. The emperor still had him executed later.

By Tholly (Own work) [CC BY 3.0 (http://creativecommons.org/licenses/by/3.0)], via Wikimedia Commons