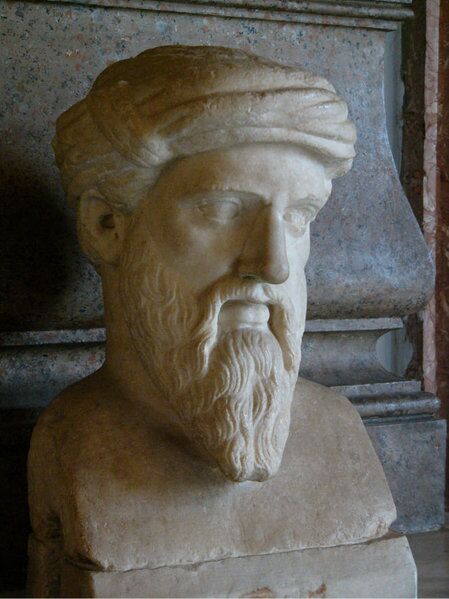 Pythagoras (c 570 – 495 bc) was one of the most important mathematicians in Ancient Greece. Because most information about him was written down centuries after he died, it is unknown what is actual fact and what isn’t.

One of the more amusing anecdotes is that Pythagoras refused to eat meat because he believed the meat contained the souls of the dead. He also supposedly hated beans. According to legend, Pythagoras’ aversion to beans was so strong that at the end of his life, an angry mob was chasing him down to kill him and his only escape was a bean field. Pythagoras announced that he would rather die than enter the field.

By The original uploader was Galilea at German Wikipedia [GFDL (http://www.gnu.org/copyleft/fdl.html) or CC-BY-SA-3.0 (http://creativecommons.org/licenses/by-sa/3.0/)], via Wikimedia Commons