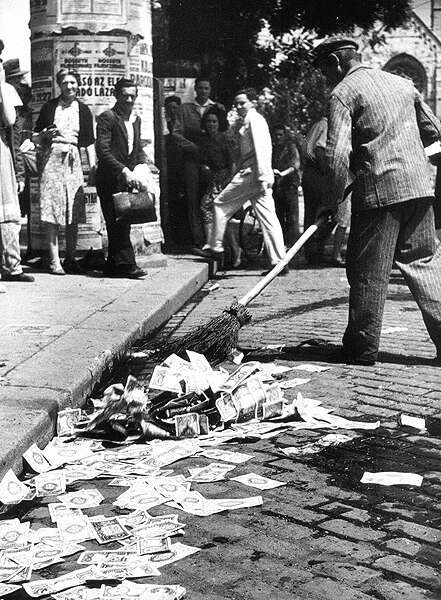 The worst hyperinflation any country has ever experienced took place in post World War 2 Hungary. Originally the pengő was introduced in 1927 and was backed by a gold standard.

Then the great depression hit in the 1930s and eventually the war. The gold standard was long gone and one year after the war, bank notes were losing value so fast that the state didn’t even redesign the notes, but instead just added zeros. In 1946, the value of 1 US dollar was 46 octillion pengő. In written form that is 460000000000000000000000000000 (29 Zeros). Obviously, a new currency needed to be introduced and so the forint became Hungarys currency and still is to this day.